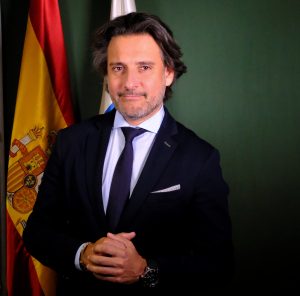 Founded in 1997, in Oviedo, the CALRE’s mission is to go in depth in the democratic and participative principles within the framework of the European Union, to defend the values and principles of regional democracy, and to reinforce links among Regional Legislative Assemblies.

During this year 2020, the Parliament of the Canary Islands, of which I am president, holds the presidency of CALRE. We are outermost region, one of the furthest territories of the European Union and Atlantic archipelago. I firmly believe that these circumstances represent an opportunity for the regions and for all of Europe.

I believe in the full involvement of regional assemblies and parliaments in the life of European institutions and, therefore, I intend to promote maximum inter-institutional coordination from my presidency, because the European project will be with the regions or not.

We are at a crucial moment in Europe, with important events that mark new challenges, new goals. Throughout this process, the participation of citizens in the decision making of European policies is necessary, and that is where regional parliaments and assemblies come into play through the access door they mean. From the maximum commitment to transparency, we make citizens feel Europe in all regions, in all countries of the Union.

Through this website and our social networks you will be able to know all the activity that is developed under the presidency of the Canary Islands in this 2020, year that marks the beginning of a decade where Europe has much to say by the hand of the regions that make it up .

Lawyer, consultant and Canarian politician, born in 1973. He is the youngest of three brothers and son of a UGT militant during the underground. His father, also a militant of the PSOE since the transition, soon instilled interest in politics and left-wing ideas and values. He is the father of two children, Alberto and Ignacio, 15 and 10 years old. He shares his life with Sonia Fernández since they met at the law school in 1994.

He began his political career from a young age by joining the PSOE in October 1991 with just 18 years. He has been responsible for the Socialist Youth of the Canary Islands and a member of the Regional Directorate of the PSOE in these islands in the stages of Minister Juan Fernando López Aguilar and José Miguel Pérez. He is currently responsible for Ideas and Programs of said Executive. Graduated in Law from the University of La Laguna in 1996, he studied a Master’s degree in Law at the Colex Publishing School attached to the University of Salamanca.

Lawyer in practice since 1997, a profession that has always reconciled with his political activity, has developed his career in the field of Civil and Administrative Law. He has been a speaker at various forums and conferences related to Commercial Law and consumer protection.

From 1999 to 2011 he was councilor of the City Council of San Cristóbal de La Laguna. He has been spokesman of the Municipal Socialist Group between 2007 and 2011 and candidate for mayor of the municipality in those elections.

From July 2011 to April 2015, he was the General Director of Commerce and Consumption of the Government of the Canary Islands, where he led the defense of consumer rights in different matters, especially in the fight against abusive practices of telecommunications companies and financial entities.