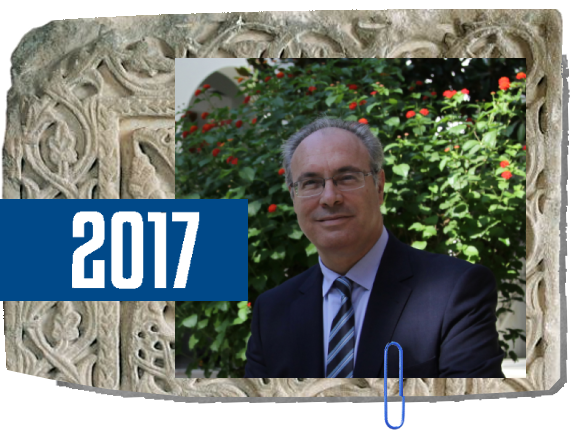 I would like to welcome you to the Conference of European Regional Legislative Assemblies (CALRE) website.
It is for me an immense honour to have been elected to the Presidency of this Conference for the year 2017, precisely when it celebrates 20 years of existence. My objective is to promote a collective programme so that the autonomous and regional parliaments become bridges to directly connect the citizens with the European institutions.

Today, the EU needs to address new challenges that we must solve through dialogue and consensus, in which people should be at the centre of decision-making: society is demanding useful, efficient policies to solve its problems, and both the presence and opinion of regional policy-makers are fundamental to achieve that goal.

In this regard, CALRE has to maintain its important role in the future of our continent in order to guarantee the well-being of its citizens and increase cohesion between territories.

This year, 2017, is also the 60th anniversary of the Treaty of Rome, and it is my intention that our Conference keep informing the European institutions of the need to implement measures aimed at strengthening democracy and preserving coexistence and tolerance, to promote among the population the values that shaped our Union: peace, equality, justice, solidarity and non-discrimination.

This is the only way for Europe to take the lead in a twenty-first century that is more committed to its citizens and to become a freer, fairer and more united space.