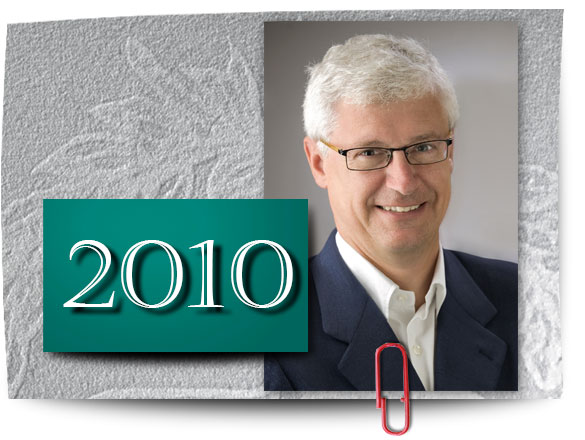 Giovanni Kessler is the President of the Assembly of the Autonomous Province of Trento.
He was elected in November 2008.

Giovanni Kessler was the Italian High Commissioner to Combat Counterfeiting and Piracy. He was appointed as the Head of this governmental agency in September 2006, and terminated his office in 2008.

Giovanni Kessler served in the Italian Parliament from 2001 until 2006. He was elected for the Ulivo centre-left coalition, representing the city of Trento. He was member of the Standing Committee on Justice. As a parliamentarian, he was particularly committed to justice related matters and International Relations. He is the author of bills on the International Criminal Court, the European Convention against corruption, the European Judiciary Cooperation and on the European Arrest Warrant. He has played a major role in the parliamentarian discussion of the new Italian anti-terrorism legislation. Since 2001 Hon. Giovanni Kessler has been Vice President of the Italian Euro-Mediterranean Parliamentary Association and Chair of the bilateral section of the Italy-South Africa friendship committee of the Interparliamentary Union.

Since 2001 Hon. Giovanni Kessler has been member of the OSCE Parliamentary Assembly and he was elected Vice-President in 2003. The OSCE PA is the parliamentary dimension of the Organization for Security and Co-operation in Europe, whose 56 participating States span the geographical area from Vancouver to Vladivostok. As a member and Vice-President of the OSCE PA, Hon. Giovanni Kessler participated in the International Election Monitoring missions in Ukraine, Belarus, Kosovo, Georgia and Moldova and was OSCE Special Coordinator for the parliamentary elections in Armenia and the presidential elections in Azerbaijan. He was Deputy Head of OSCE Election Monitoring Mission to the 2004 U.S. presidential elections and Head of the U.S. Parliamentary Elections OSCE Assessment Mission in 2006. On behalf of the OSCE PA, Hon. Giovanni Kessler participated in a multitude of conferences and meetings, dealing mainly with the Balkan region and with issues of terrorism, organised crime, corruption and trafficking of human beings. In 2004 Giovanni Kessler was invited by the Institute for Advanced Study of the Indiana University as a Distinguished Citizen Fellow, where he held conferences on the Italian Judiciary.

Giovanni Kessler is a professional lawyer.
From 1986 till 1995 he was Public Prosecutor at the criminal court of Trento, where he was mainly involved in investigations into drug trafficking, corruption and economic crimes. In 1995 and 1996 he was Prosecutor at the Anti-Mafia Department in Sicily. From 1997 until 2001 he was Public Prosecutor at the criminal court of Bolzano, dealing mainly with trans-border crimes. Giovanni Kessler participated as a judicial expert in European Commission evaluation missions in Estonia, Hungary and The Czech Republic. He also participated in Council of Europe missions in Moldova and Albania on an anti-corruption projects. On behalf of the Italian government he drew up cooperation projects in judicially related matters and participated in 1999 in the founding process of the Stability Pact Initiative against Organised Crime (SPOC). From December 1998 until July 1999 Giovanni Kessler was Deputy Head of the OSCE Kosovo Verification Mission in Pristina, the largest civil peace mission ever. He was responsible for its Police and Justice department. The Mission was set up by the International Community to observe the ceasefire and the respect of human rights in Kosovo, and to prepare the Kosovo transition after the Agreement for Peace and Self-Government in Kosovo. During the Kosovo war, on behalf of the OSCE, he drew up an interim plan for a new judicial system of Kosovo.