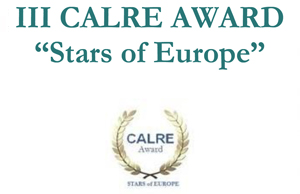 SELECTION CRITERIA FOR THE BEST

The proposal aims to bring out best practices and initiatives adopted by the European Regional Assemblies which are members of the Conference of the Regional Legislative Assemblies of the European Union (CALRE), that are concretely improving an aspect or sector of the economic, cultural and social life of their territories and communities, while underlining the positive impact of the European Institutions in regional realities.

For this third edition, all projects referring to the period 2016 – 2017 will be taken into account.

The best initiatives will be presented during next CALRE Plenary Assembly.

Who can participate?
The award is addressed to the Regional Legislative Assemblies, members of CALRE.

What kind of projects?
Regional laws or administrative acts and any best practice involving Regional Parliaments at the European level. Not only legislative initiatives, but also projects showing the participation of Local and Regional Assemblies to the ascendant and descendant phase for the elaboration and application of the European law, as well as, the use of innovative participation tools.

How to participate?
Participants should complete the participation form (including an English version) and send it back to CALRE General Secretariat at:

The applications received will be uploaded on CALRE web site www.calrenet.eu in a section designed for CALRE Award.

Deadlines
The completed forms must be sent within 30 May 2018.

Selection
The applications will be assessed during the second CALRE Standing Committee of 28th June by its members.
It will be awarded three prizes and the voting shall be by secret ballot. In the ballot paper, the members of the Standing Committee with voting rights, in accordance with the article 24 nr.3 of CALRE’s Rules, shall indicate the three projects that, in their opinion, are worthy of the award (the first project will be awarded three points, the second two and the third one). The winners will be determined according to the total marks received.

Closing event
The best projects will be awarded during CALRE Plenary Assembly which will be held in November.

Topic of the 2018 Edition
During this third edition it is proposed to keep a free topic letting each single Parliament able to value and select those experiences which they are willing to submit to CALRE’s attention. 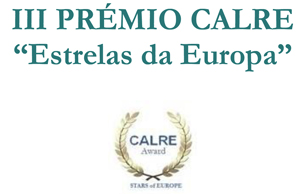