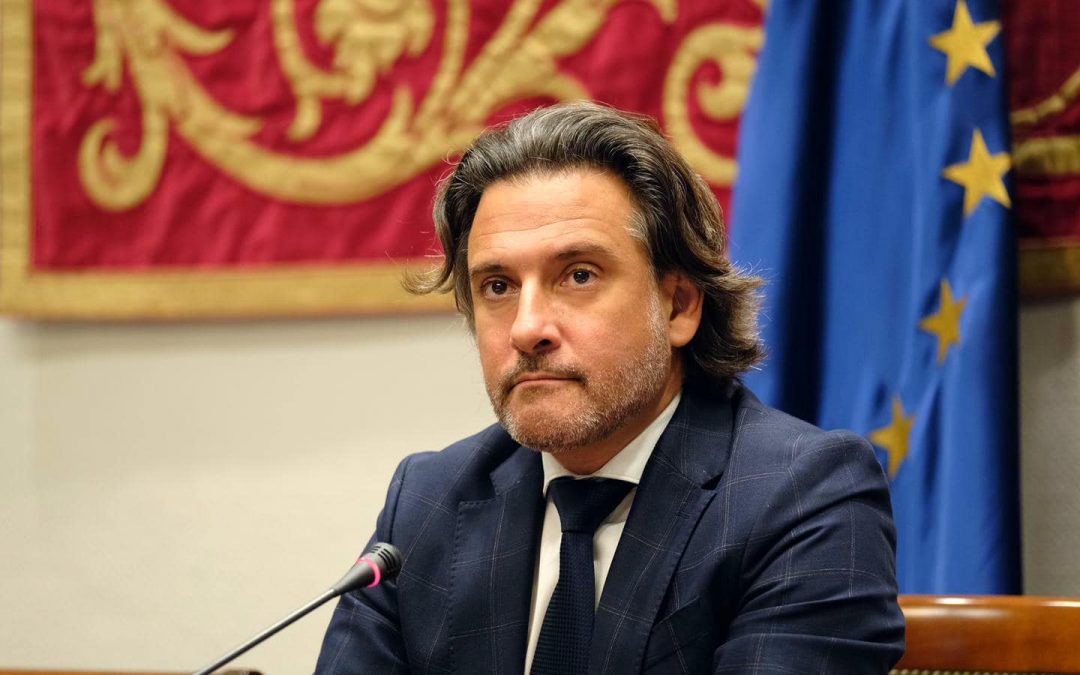 The Parliament of the Canary Islands paid tribute this Friday the 70th  Schuman´s Celebration Day, on the occasion of the 70th anniversary of the Robert Schuman Declaration that is commemorated this Saturday 9th of May . The initiative, promoted by the European Youth Association of the Canary Islands (Juveucan), was developed around two round tables with some content and speakers that made the Canarian Chamber the scene of the maximum validity of the Schuman discourse.

At the opening, Gustavo Matos, President of the Parliament of the Canary Islands and President of the Conference of European Regional Legislative Assemblies (CALRE), recalled that the words spoken seventy years ago by the French politician are considered to be the origin of the European project as it has reached our days. In his speech, he appealed to the values ​​of a discourse where the basic ideas of the construction of a project of peace, freedom and cooperation were outlined.

After highlighting the strong Europeanist sentiment of the Canary Islands despite the physical distance from the continent, Matos reflected on the political situation in which we find ourselves in the midst of the crisis caused by the COVID19 pandemic. “Analyzing how the whole of political life is throughout the West, we see that we are living in a moment where most of the political speeches are made not to convince, but to reinforce their own positions.”

He pointed out that in the face of the “excess noise” that occurs in the EU, “the need to bridge the differences must prevail” and, in this sense, stressed the “transformative capacity and change of the word”. Matos sent a message of optimism at a “key moment for the EU, which has responded better, faster and in the right direction in this crisis compared to that of 2008.”

Two round tables were then held, the first one with the interventions of MEPs Juan Fernando López Aguilar (S&D) and Gabriel Mato (EPP), the director of the Canary Islands Government Office in Brussels, José Sánchez Ruano, the counselor of Economy, Knowledge and Employment of the Government of the Canary Islands, Elena Máñez, and moderated by the president of the European Youth Association of the Canary Islands (Juveucan), Miguel Pastor. The second was attended by the director of Europe Direct Canarias, Cristina Santana, Mari Cruz Arcos, from the Federal Council of the European Movement, and Elena Pons, vice-president of Juveucan. Lucas Pérez, from CCME, moderated.

“Today the Canary Islands Parliament is an example of promoting Europeanism,” said Miguel Pastor, who gave way to López Aguilar. The MEP said that these 70 years of a supranational project “have described the story of a success.” He called for an ever closer EU among its member states that must respond strongly, in solidarity and, above all, in Europe to a challenge of this magnitude, in reference to the crisis by COVID19.

Gabriel Mato also defended the urgency of being able to reconcile our differences. “The European institutions must focus on what is important, not on what is secondary. We do not need a greater or lesser integration of the Canary Islands in the EU, but a better integration ”, he stressed.

For her part, Elena Máñez remarked that when defending the Canarian singularities “there is an absolute unity that no one questions”. He also recalled that in recovery “no one can be left behind; we must promote our potential to advance from solidarity, a common project and a shared prosperity ”.

Next, José Sánchez Ruano said that the Canary Islands will be very aware of what the European Commission decides next week on the lines in the field of tourism. He added that Friday will also be decisive for the archipelago, because the technical and sanitary standards of air transport will be defined, “essential for tourism to return to the Canary Islands.”

Mª Cruz Arcos Vargas wanted to highlight that this crisis, “which has had many negative effects, has also had some positive ones: it has put on the EU tray the need to work on issues that previously seemed superfluous”. Finally, Elena Pons Cabrera and Cristina Santana Acosta spoke of the basic principles of the EU, of the need to reach the whole of society and not leave anyone behind.