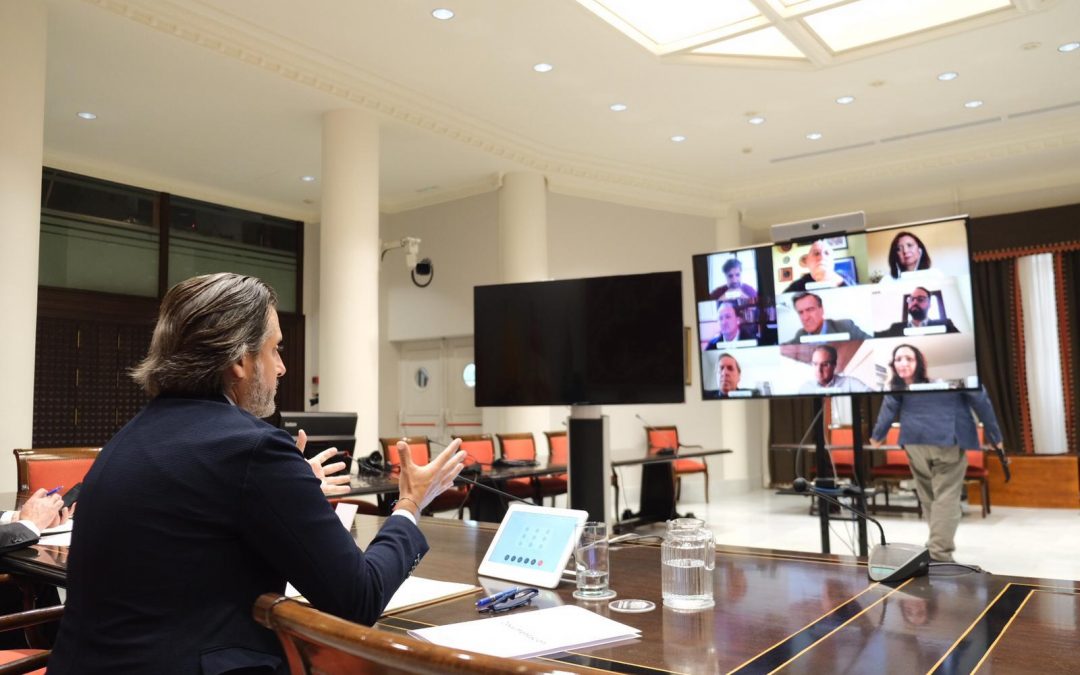 During the meeting, they discussed Europe’s response to this situation, the role that the outermost regions and the lines of European policy in relation to the Canary Islands should play. “We have agreed on the need for the European Union to consider the specialties of our archipelago in order to overcome this crisis,” said Matos after the meeting.

“The position in favor of a commitment to work for the Canary Islands ‘specificities to be recognized in this situation is unanimous,” said Matos, who recalled the islands’ peculiarities due to their strong economic dependence on tourism and their special connectivity characteristics.

“As an outermost region, the Canary Islands not only need that status to be maintained at all levels, but also to be strengthened at this time,” stressed the president of the Chamber and CALRE. The European budget, the possibility of issuing Eurobonds, the future financing of European policies or the recovery of the most essential values of the European project to fairly combat this crisis were other issues that were discussed at the meeting.