Matos: “Let’s work together from the RUPs so that the European project is built facing south” 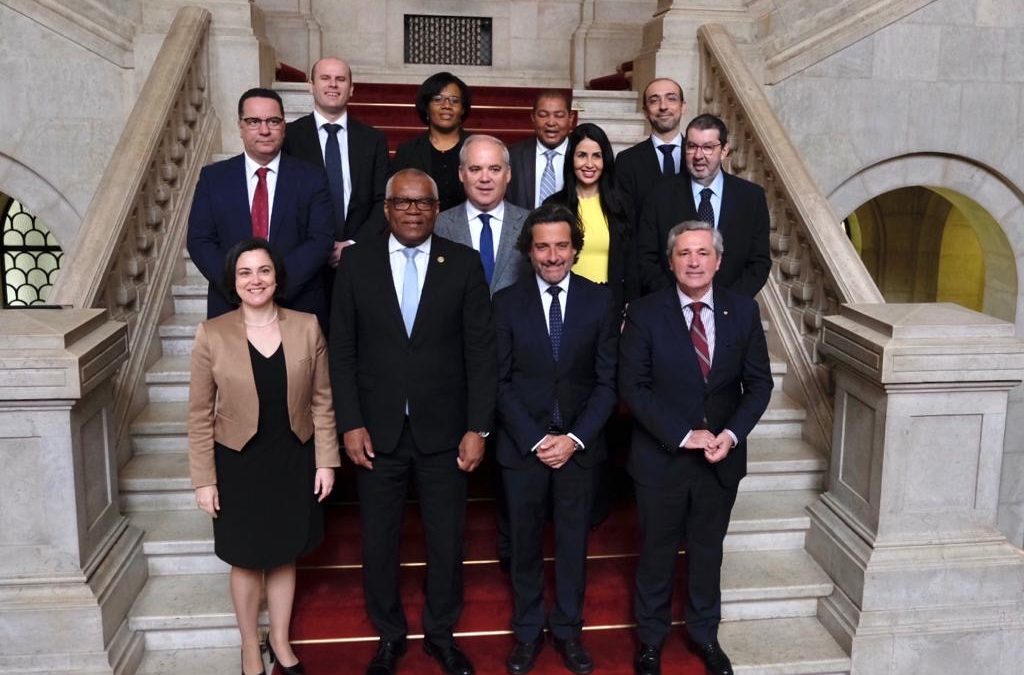 The president of the Parliament of the Canary Islands and the Conference of Regional Legislative Assemblies of Europe (CALRE) 2020, Gustavo Matos, said on Monday that right now in Europe “he does not know with certainty where he wants to walk”, it becomes essential to “work together from the outermost regions (RUP) for the European project be built facing south. “

Matos participated in the preparatory meetings of the X Atlantic Parliamentary Days, which will be held in Cape Verde on July 16 and 17. This document periodically gathers a legislative representation of Madeira, Azores, Canary Islands and Cape Verde to discuss political, economic, environmental and cultural issues.

In the previous call to the conference, held this week at the headquarters of the Assembly of the Republic of Portugal, attended by members of the Canary Islands of the so-called Connection Group, deputy Melodie Mendoza, of the Parliamentary Group Socialist Group Gomera (ASG ), and the deputy of the Popular Parliamentary Group Poli Suárez.

The presidents of the Cape Verde assemblies, Jorge Pedro Maurício dos Santos, Madeira, José Manuel Rodrigues and the president of the Azores, Ana Luísa Pereira Luís, participated together with Matos.

“We share the concern about the budgetary effort that has been made so far in relation to the ORs, so we must defend the policies in this regard,” said Gustavo Matos.

Tuesday began with a meeting with the members of the Specialized Committee on European Affairs of the Assembly of the Republic of Portugal, where Gustavo Matos, Melodie Mendoza and Poli Suárez participated in the Parliament of the Canary Islands. “The objectives of the outermost regions and the Atlantic regions are common: compartments not only the geographical space, not only the roots and cultural ties, economic and social relations but, most importantly, the vision of the future, so we will work together to transfer this common vision of the European project, “said Matos. The president considered “the opportunity” the next celebration of the X Atlantic Parliamentary Days “at a critical moment for the European project.” Record that the governments of Spain and Portugal have common strategies, valued their good relations and chose to maintain the coordination of work between them, as well as with Cape Verde. Matos insists on using the circumstance that, for the first time, two of the regions of Macaronesia, Canarias and Azores, occupy the presidency and vice-presidency of CALRE, respectively. “We moved our needs and peculiarities of this forum to the rest of Europe, in a new moment that opens for the EU after circumstances such as Brexit.” The Canarian representative also shifted from the migration challenge facing Europe with the arrival of Africa of miles of people by sea. “We are the door to Europe, but instead of a problem, let’s see a great opportunity where RUPs have a lot to do and say.” There he considered “

OPENING TO THE COMPANY

In the X Atlantic Parliamentary Conference, the Canary Islands, Madeira, Azores and Cape Verde will work on a program focused on common issues for the four archipelagos, such as the productive sectors, connectivity, air and sea transport, sustainability, biodiversity preservation, education, culture or gender equality. The four archipelagos bet to open these days to society and make every effort to achieve the greatest possible projection. Until July, the different content groups and the Connection Group will continue working on the preparation of the appointment.