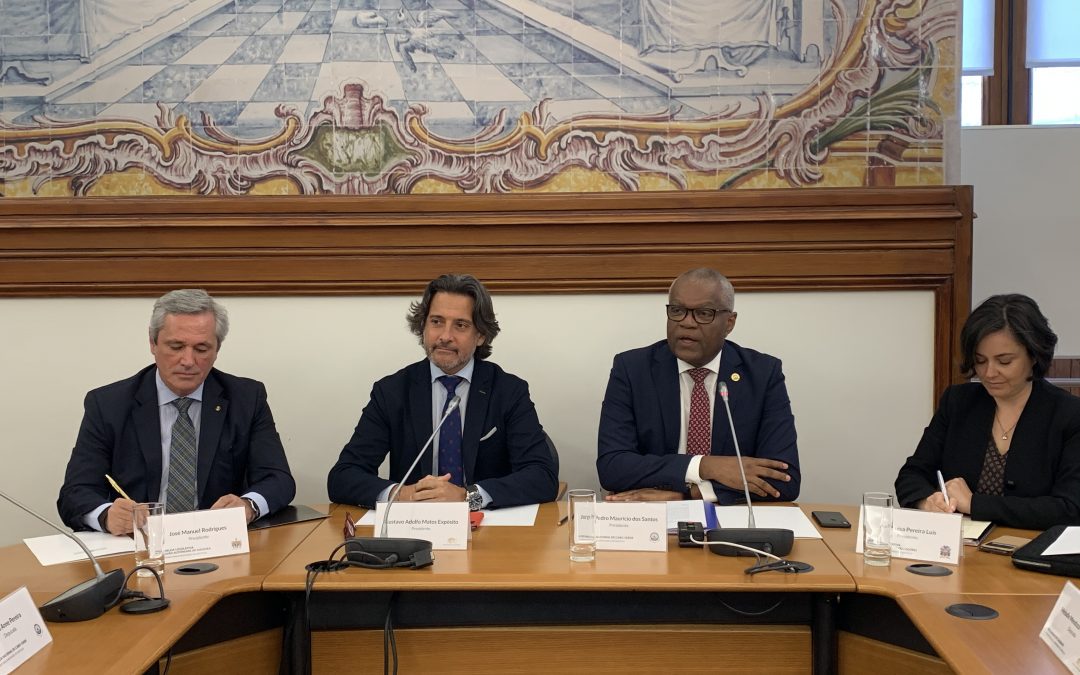 The president of the Canary Islands Parliament of the Conference of Regional Legislative Assemblies of Europe (CALRE) 2020, Gustavo Matos, today managed to introduce the demographic challenge to the work program of the X Atlantic Parliamentary Days, which will be held in Cape Verde next summer.

The first preparatory meeting of the conference is held this week at the headquarters of the Assembly of the Republic of Portugal and attended by members of the so-called Connection Group, the deputy Melodie Mendoza, of the Gomera Socialist Parliamentary Group (ASG), and the deputy of the Popular Parliamentary Group, Poli Suárez.

In his speech, Matos explained that while Europe is focusing efforts on policies to combat depopulation, the opposite phenomenon occurs in the Canary Islands. “We are a small and increasingly populated territory. The debate in Europe and economic efforts are going to focus on depopulation, which may be detrimental to policies to combat the opposite, ”he said, so he proposed that in the framework of the debate on economic and social sustainability a point about demographic challenge.

On the other hand, Gustavo Matos said that the conference will also be an excellent forum to put on the table the concerns of these territories in environmental matters. “The role of parliaments with legislative capacity in the fight against climate change is crucial. They represent 200 million inhabitants and their importance is key, ”he said. In this regard, he said that European policies to combat climate change must have regions as necessary partners.

The Atlantic Parliamentary Days periodically bring together a legislative representation of Madeira, Azores, the Canary Islands and Cape Verde to discuss political, economic, environmental and cultural issues. In the meeting that began on Monday and will resume on Tuesday, March 3, were present, along with Matos, the presidents of the assemblies of Cape Verde, Jorge Pedro Maurício dos Santos, Madeira, José Manuel Rodrigues, and the president in Azores , Ana Luísa Pereira Luís. Gustavo Matos considered “a great opportunity” for the parliaments of Macaronesia that two of its regions, the Canary Islands and Azores, hold the presidency and vice-presidency of CALRE, respectively. “This is the first time this circumstance has occurred and we should use it to move our needs and peculiarities to the rest of Europe,” he said. As he recalled, the four archipelagos share “not only geographical space, but also culture, common roots.” At this point, he stressed that the most important thing “is to share the future, and there is no better way to imagine it than to invent it.” The president insisted on “making a common future together.”

The agenda of these days includes, in parallel, the first of the meetings that will be held by the so-called Connection Group, where the Canarian representation formed by Melodie Mendoza and Poli Suárez has managed to introduce a specific section on strategies against violence to the program of genre. The Connection Group brings together a reduced representation of the different assemblies to prepare the general lines of the meeting scheduled for this summer. It will be this Tuesday when all conclusions of the work done are known.