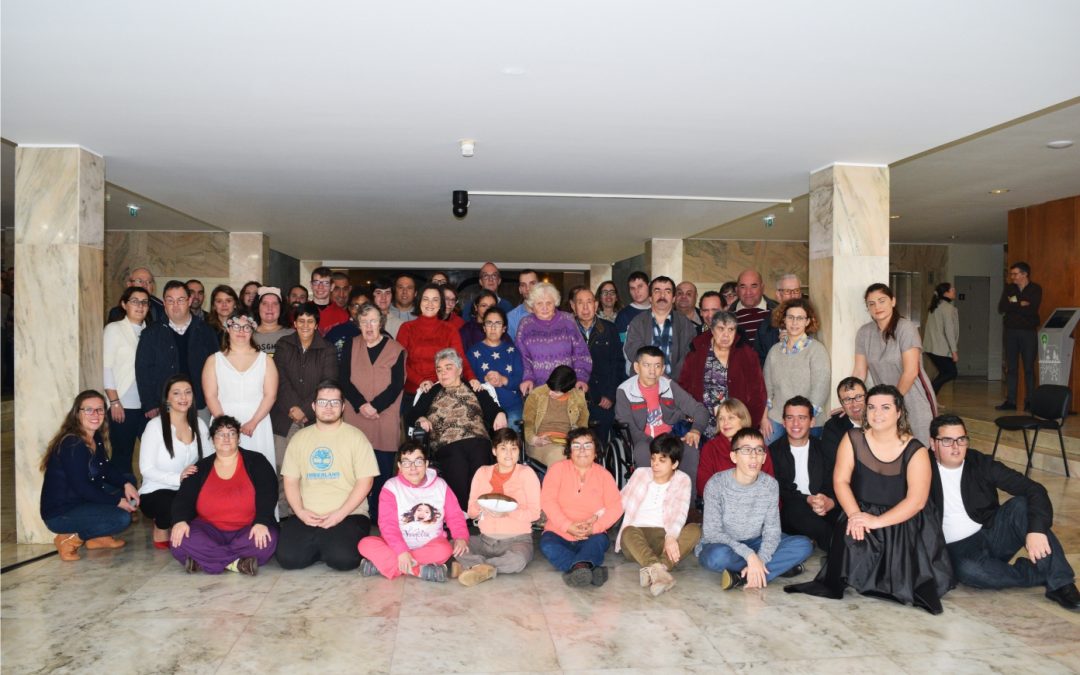 The Legislative Assembly joined the celebration of the International Day of Persons with Disabilities by inviting local associations that work to benefit citizens with special needs to mark the Christmas season through the decoration of the Christmas Tree and the Christmas Crib of the Azorean Parliament with ornaments made by themselves with reused materials.

The International Day of Persons with Disabilities is marked, since 1998, on 3 December, date when the United Nations (UN) proclaimed the Convention on the Rights of Persons with Disabilities aiming at raising awareness of all citizens for the need for a greater understanding towards citizens with special needs and, consequently, for a greater protection of their rights, wellbeing and, most of all, their dignity as human beings.

Thus, on a convivial morning, the users of both the Centro de Atividades Ocupacionais da Santa Casa da Misericórdia da Horta and of the Project Moviment’Arte of the Associação de Pais e Amigos dos Deficientes da Ilha do Faial decorated both the Christmas Tree and Crib and also presented a musical and dance performance.