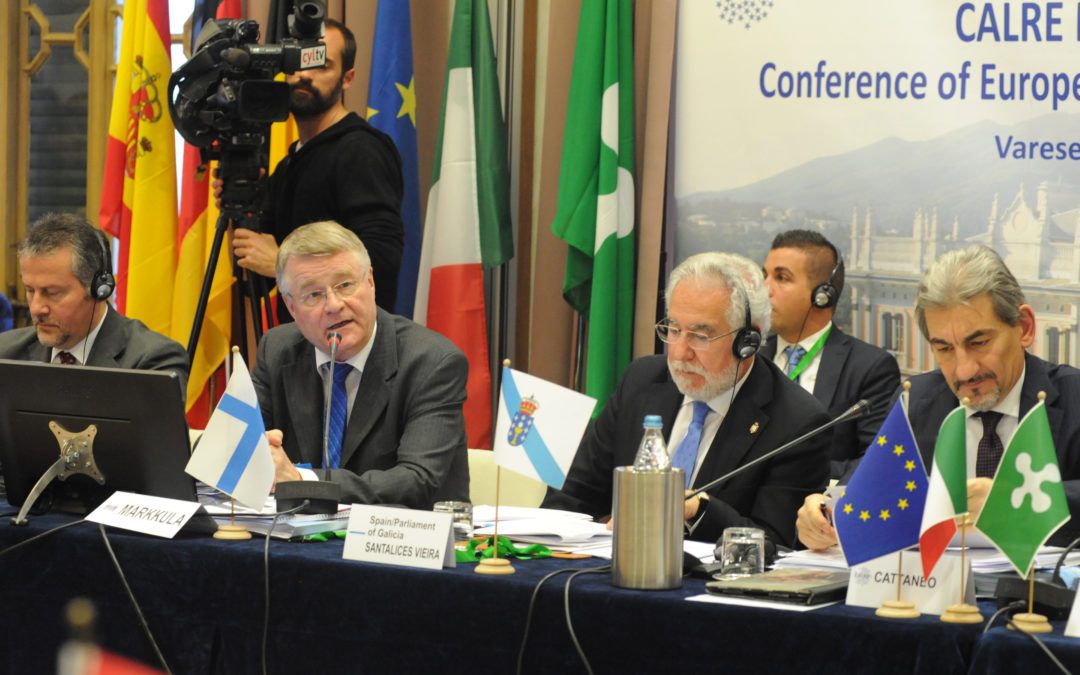 Addressing the CALRE 2016 Plenary Assembly, in Varese, Italy, on 24 November 2016, Congress Secretary General Andreas Kiefer highlighted the key role of regional parliaments and the political cooperation between CALRE and the Congress. “From the 8 countries having regions with legislative powers represented in CALRE, ten Presidents of regional parliaments are members of the Congress. Altogether we have 59 Congress members coming from CALRE regional parliaments. This is the perfect basis for synergies,” he stated. The Congress will foster this co-operation on the basis of its priorities for 2017 to 2020 focusing on two main areas: ”Strengthening the quality of local and regional democracy” which includes the promotion of regional democracy as a factor for political and territorial stability in Europe and “Building secure societies that are respectful, inclusive and closer to citizens” which covers how helping local and regional authorities tackle the general issue of diverse and inclusive societies. Referring to the work of the CALRE WG “Better regulation”, Congress Secretary General also presented the Council of Europe draft Recommendation on the legal regulation of lobbying activities in the context of public decision-making and welcomed the fact that this text explicitely recognises the role of regional parliaments and of regional governments. This Recommendation should be adopted by the Committee of Ministers in the first semester of 2017.