Matos: “The direct thread of the regions with the citizenship demands their greater presence at the Conference on the Future of Europe” 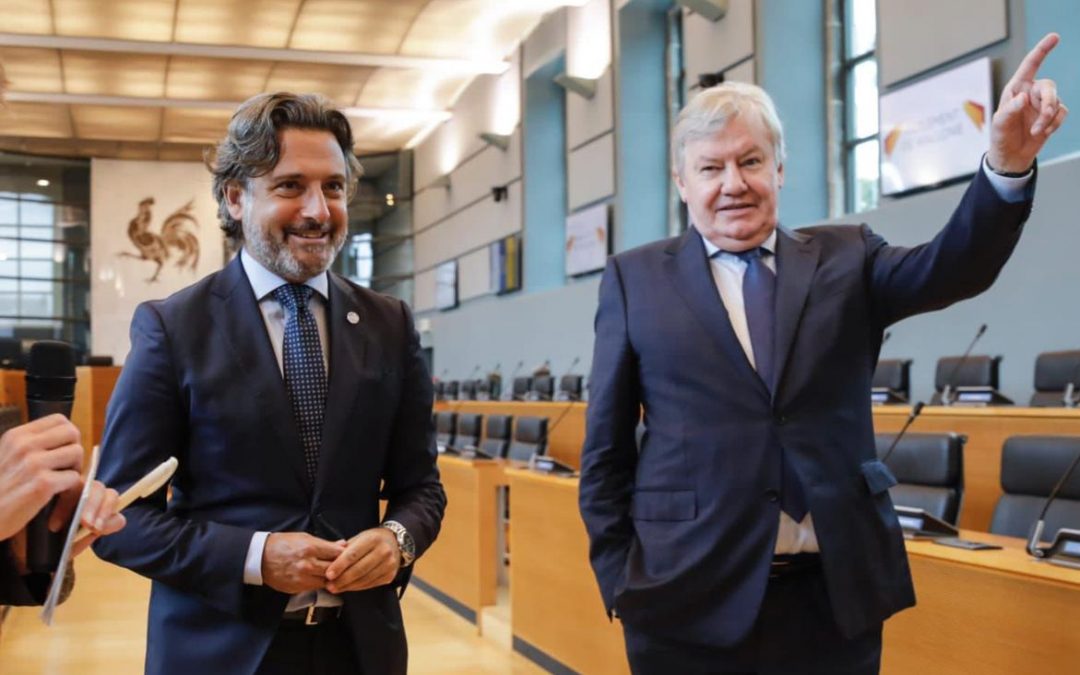 The president of the Parliament of the Canary Islands and of the Conference of Regional Legislative Assemblies of the EU (CALRE), Gustavo Matos, was received this Wednesday in the Parliament of Wallonia by its president, Jean-Claude Marcourt. During the meeting, they agreed on the importance of the role of the regions in the construction of the European project and, in this sense, Matos announced that at the Conference on the Future of Europe, he will defend a greater presence of parliaments and assemblies with legislative capacity “for its direct connection with citizens”.He stressed that the European project “must understand that regional parliaments with the role of legislating and representing 200 million people maintain closer contact with European citizens than the central administrations of each of the States, a circumstance that has been demonstrated again in the vaccination process” .He demanded, therefore, that the regions “be listened to from the first moment the Union begins any decision-making process, because it makes no sense that, being largely those who directly execute the policies with our own resources, we should not participate in the decision making “.The president of CALRE affirmed that it is “incomprehensible” that since the beginning of the Conference “the regions have not been given a more important role, the contribution they can make has not been valued, especially those with legislative powers”. He recalled that one of the contributions made in the first meeting of this forum has been the commitment to direct citizen participation. “For this, formulas are being arbitrated, and some could be articulated from the regional parliaments.”Jean-Claude Marcourt coincided in this “great challenge”, who provided all the collaboration of the Parliament of Wallonia to achieve it. “CALRE can count on me and this Parliament,” he said. The territorial characteristics of Spain and Belgium, tourism, the recovery process or vaccination were other issues discussed at the meeting. At the end, Gustavo Matos signed in the Book of Honor of the Parliament of Wallonia, on whose main facade the flag of the Canary Islands has waved this Wednesday.