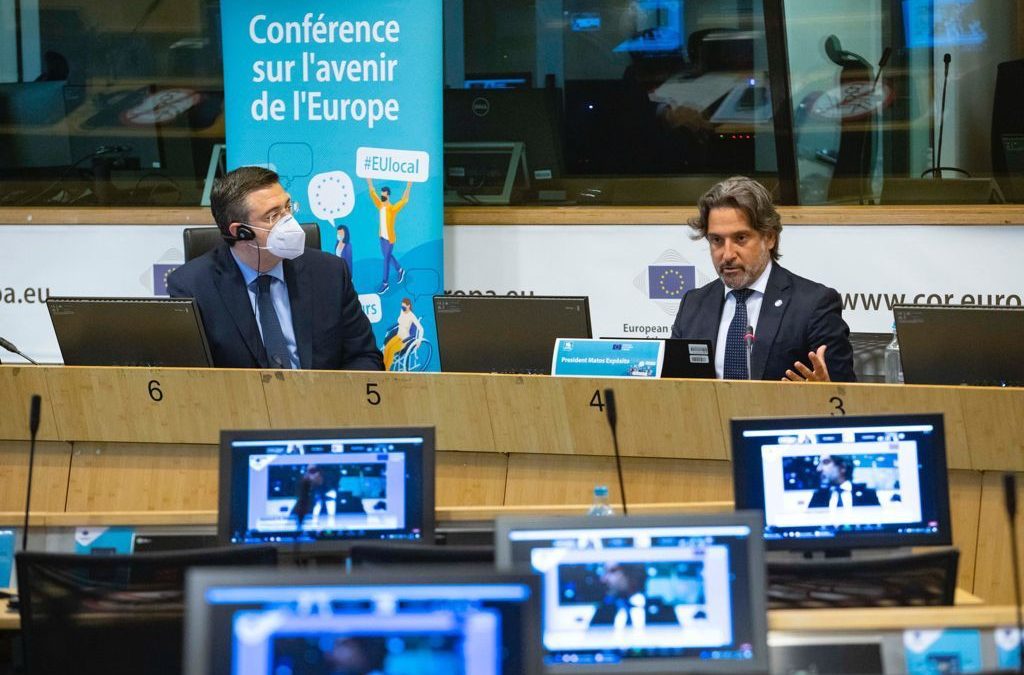 The president of the Parliament of the Canary Islands and of the Conference of Regional Legislative Assemblies of the EU (CALRE), Gustavo Matos, claimed on Tuesday a leading role for the regions in the Conference on the Future of Europe.

“We must see in the regions an opportunity to strengthen the European project, so their role in decision-making must be greater,” he said at the meeting ‘The place of regions in the architecture of the EU in the context of the Conference on the Future of Europe ‘, held at the headquarters in Brussels of the European Committee of the Regions and where he spoke together with the president of the organization, Apostolos Tzitzikostas.

In the opening ceremony of the meeting, in which 200 representatives of local and regional institutions from 20 EU Member States participated, Matos recalled that 200 million citizens of the Union live somewhere where there is a parliament or a Assembly with the capacity to legislate, “whose capacity to legislate in these territories is even greater than that of their own national parliaments when it comes to transferring decisions related to the future and the day-to-day life of the EU.”

For that reason, he said, those regions with the capacity to legislate “are also the opportunity for the European project to reconnect directly with the citizenry.” He insisted that the future of the European project, “to a great extent, will be with the regions or it will not be, a project that is a space of values, of coexistence and that guarantees freedoms and personal security.” For this reason, he added, the EU “continues to be a beacon for a large part of the world, in such a way that the diversity it generates has to make us stronger because embedding it enriches the European project.”

One aspect that the president insisted on was the proposal of a health union as a challenge for the future, to combat public health phenomena more effectively. “The pandemic has shown that parliaments are crucial, and if the vaccination process is being a success, it is largely due to the ability of the regions to reach the citizens more directly.”

To conclude, Gustavo Matos thanked the reception provided by the European Committee of the Regions and its president, as well as their commitment to strengthening cooperation with CALRE, “for us something essential in order to achieve a greater projection of the Conference and the regions with ability to legislate ”.

For his part, Apostolos Tzitzikostas recalled that this meeting is the first of three, each one focused on the specificities of the three types of regional, regional, urban and rural authorities. He also appreciated the opportunity to hold it ten days after the official start of the Conference on the Future of the Regions and its plenary session.

Tzitzikostas appreciated the unity that exists in the European Committee of the Regions, where one million political leaders are represented. He indicated that in the process that is being opened, the Committee will advise the work in the political sphere through a group on European democracy. It will also organize political debates in Brussels and the rest of the EU, and will continue to organize local dialogues with regions, cities and towns.

“We have to listen to citizens and get them to participate in the EU space, decide how to make Europe ready to face the challenges, how to strengthen local economies and the fabric of employment, in short, every aspect of our life everyday life and reinforce common European values ​​”, he expressed.

The President of the Committee of the Regions opted for “respecting our differences but also taking advantage of the strength of our diversity to find common ground”. He pointed out that citizens perceive the institutions as “very far away” and the time has come to strengthen the links between regions, cities and towns, highlighting the role of the regions.