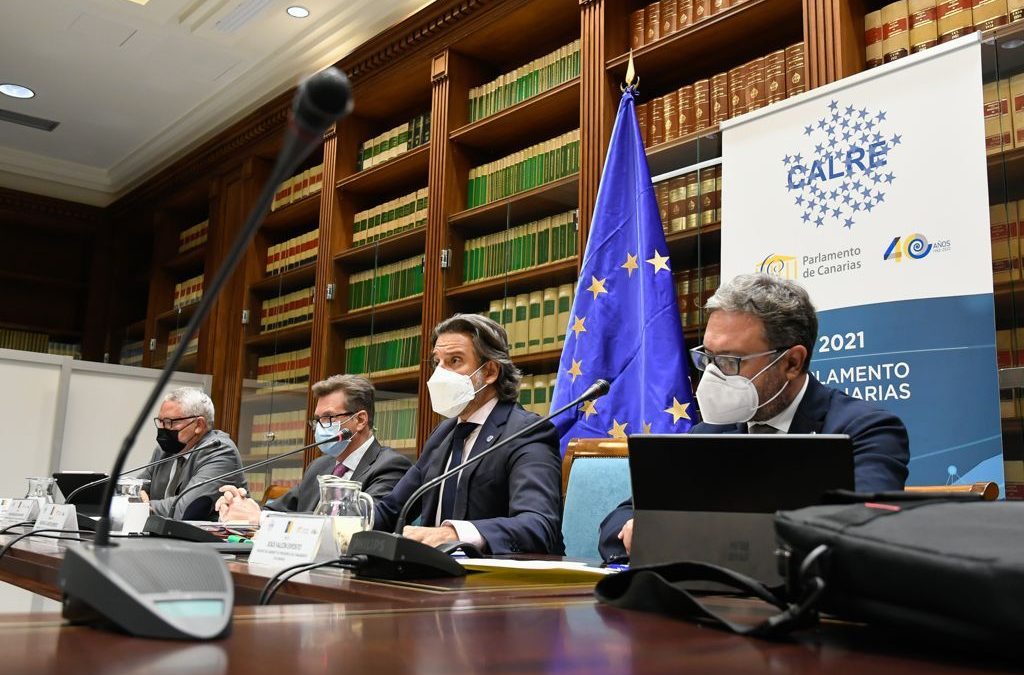 The president of the Parliament of the Canary Islands and of the Conference of Regional Legislative Assemblies of the EU (CALRE), Gustavo Matos, demanded today “firmness with the founding values ​​of the European project and, also, firmness before those who, within that project, try to remain in him without respecting them ”. He stated that it is “a challenge” to materialize that defense “in the construction of the common space of coexistence that is the EU.”

Matos chaired this Monday the second meeting of the CALRE Standing Committee under his mandate in 2021. Presidents of fourteen parliaments and assemblies of Europe with the ability to legislate participated in the meeting. In his speech, he valued the work done to “revitalize CALRE despite the difficulties”, vindicated the role of the regions in the construction of the future of Europe and argued that they represent “a great opportunity for the direct connection of the project with citizens”.

He insisted that it is the regions that are “at the forefront of any challenge, so their role is indisputable in the design of recovery strategies.” At the moment in which the Union is as a consequence of the socio-economic crisis as a consequence of the COVID-19 pandemic, it considered that the approval of the national plans on recovery funds is “a sign that times are changing” and recalled the bet of CALRE because the recovery “reaches all regions and all citizens equally, which will increase their trust in the institutions.”

The president emphasized the importance of solidarity between regions to achieve a solid and permanent recovery, which allows us to face with hope the new challenges that arise ”. At this point, he proposed a greater participation of CALRE in the process of redefining the EU and a real involvement of citizens, especially of the youth. “It would be the antidote to disconnection”, he defended in line with what was raised at the Conference on the Future of Europe.

Gustavo Matos thanked the work carried out by all parliaments and assemblies from their working groups within the framework of CALRE, “especially for developing it in these complicated circumstances”, and appreciated the growing participation of the regions in the project that the Conference is carrying out together to the Committee of the Regions.

For their part, the presidents reported on the conclusions of these studies and most of them agreed by pointing out, as their main concerns, economic recovery or climate change.