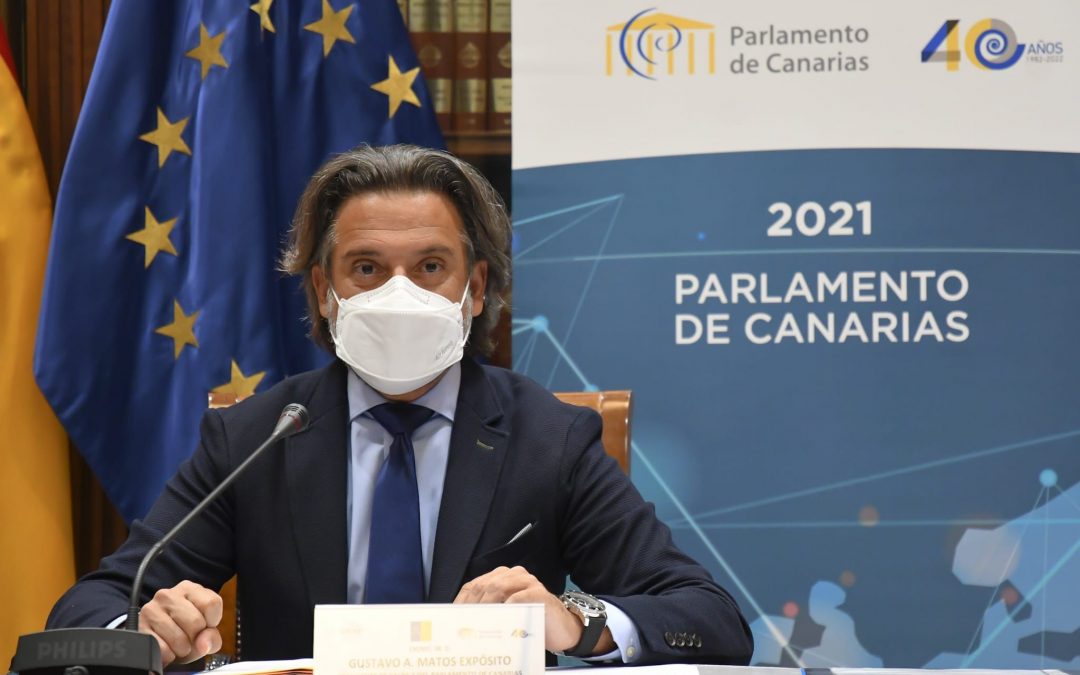 The president of the Conference of Regional Legislative Assemblies of Europe (CALRE) and the Parliament of the Canary Islands, Gustavo Matos, defended this Friday that regional authorities can develop the key role that corresponds to them in the design and application of national recovery plans post-pandemic.

“Otherwise, we run the serious risk that many regions are left behind, thereby hindering economic, social and territorial cohesion, the main objectives of the European Union,” said during the meeting of the Standing Committee of CALRE, the the first to be held in 2021, after the Canarian Chamber was re-elected last January to continue leading this organization this year.

“The construction of the European project and, with greater intensity, the post-pandemic recovery will only be effective and sustainable to the extent that the recovery of regions, cities and towns is effective,” he stressed.

In his speech, Matos stressed that regional authorities have been at the forefront of this crisis from the beginning and will play a key role in achieving a fair and sustainable recovery for the whole of Europe.

At this point, he stressed the importance of “walking together towards a health EU”. “The pandemic has put on the table like never before the relevance of public health systems and the need for joint strategies in the European area that have to do with these public services.”

Gustavo Matos explained to the Standing Committee the need for a common European policy for the migratory phenomenon. “We demand a response from the European institutions to the complicated situation that is taking place in the Canary Islands. “This matter requires institutional involvement, cooperation between regions and a European response respecting the founding principles of the European project.”

Gustavo Matos recalled that on March 10, a joint declaration was signed by the European Parliament, the Council and the European Commission on the Conference on the Future of Europe.

He pointed out that this Conference “aims to offer citizens greater importance in shaping EU policies, as a public forum for an open, transparent, inclusive and structured debate on the issues that matter and affect their daily lives.” In this sense, he indicated that regional parliaments and assemblies are called to play an active role in this Conference.

In close collaboration with the EU institutions and, specifically, with the European Committee of the Regions, CALRE has launched the 2021 edition of the joint project with the Committee, ‘The contribution of political debates in regional parliaments’, with the aim of to collect contributions from each parliament.

As topics of debate, migration and asylum, the European Green Deal, a European health Union, digitization as part of the post-COVID recovery, employment and social policy and, finally, transport policy have been proposed.

In the Standing Committee this Friday, CALRE’s commitment to the fight for equality between women and men in all areas was expressed, also within the framework of political action, as well as the organization’s support for the president of the European Commission, Ursula Von der Leyen, after the humiliation suffered this week during the meeting she held with the presidents of Turkey and the European Council.