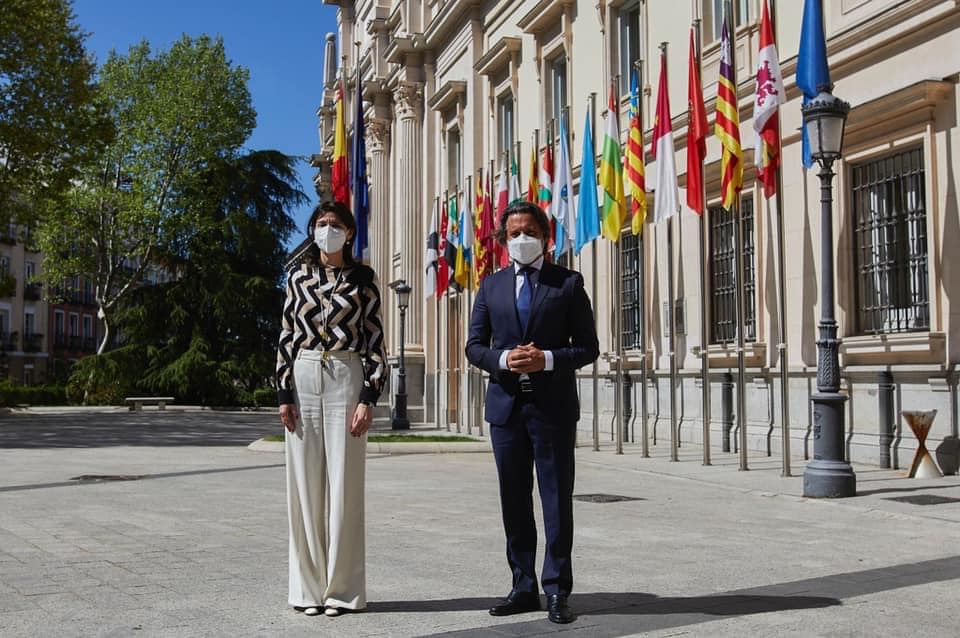 The president of the Parliament of the Canary Islands and of the Conference of Regional Legislative Assemblies of the European Union (CALRE), Gustavo Matos, met this Thursday in Madrid with the president of the Senate, Pilar Llop, with who agreed on the need for parliaments and assemblies with legislative capacity, which represent some 200 million people, to have a greater weight in decision-making in the face of the challenges faced by the European project.

“The future of the European Union inevitably passes through the regions, nerve endings of the European project with citizens. This means that the decisions adopted by the European institutions, when they are transferred to the States of the Union, arrive, on many occasions, through their regional parliaments, ”said Matos after the meeting with Llop.

PRESENCE OF THE TERRITORIES

Gustavo Matos and Pilar Llop stressed the importance of “reinforcing something that must be done daily in our decentralized system: the autonomous communities are represented in the Senate by their autonomous senators, and hence the importance of transferring the idea that the territories are present in the Spanish legislative process ”.

Along these lines, they agreed that the Senate will soon host the meeting of the Canary Islands Parliament Board and, on the other hand, a CALRE meeting, “in the bid to continue intensifying the institutional activity between both chambers”.

MODERNIZATION OF THE PARLIAMENT

At the meeting, the president and the president spoke of the need to modernize and adapt the cameras “to the new times” as a consequence of the limitations derived from the measures articulated in the face of COVID-19. “We must incorporate these novelties so that the legislative models are adapted to the 21st century, a subject that was pending in many parliaments.”

Pilar Llop was interested in the experience of the Parliament of the Canary Islands to maintain its activity since in March 2020 the state of alarm was decreed in Spain. The regulatory modification carried out in record time has allowed the participation and vote of all the Chamber’s deputies through a mixed system of presence.

Likewise, they addressed a proposal to modify the Regulations of the Parliament of the Canary Islands so that the respectful and correct use of language is a regulated obligation. “Parliaments must be exemplary in their defense of the values ​​of coexistence,” said Matos.