The Secretary of State for the European Union, Juan González-Barba Pera, was received by its president, Gustavo Matos, recently re-elected president of CALRE 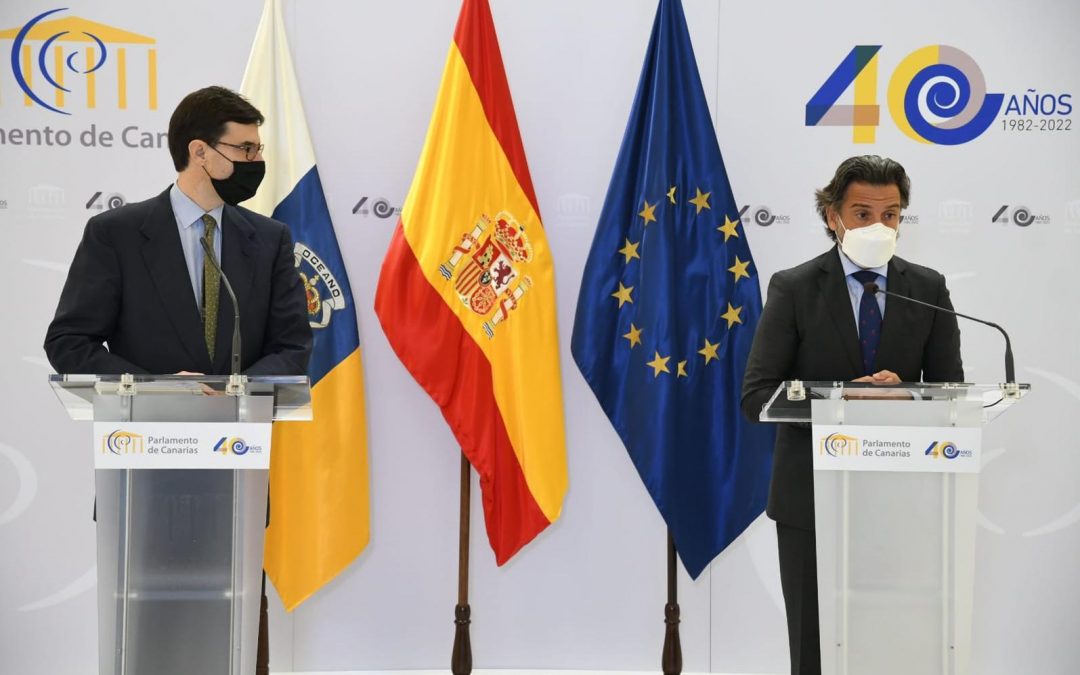 The Secretary of State for the European Union, Juan González-Barba Pera, visited the Parliament of the Canary Islands on Thursday, where he was received by its president, Gustavo Matos, recently re-elected president of the Conference of Regional Legislative Assemblies of the EU (CALRE).

The Secretary of State referred to the Canary Islands as a “deeply European space with its recognized specificities and that means a lot for Europe”. For his part, Matos considered this meeting a “special occasion” as it occurred at a time when the Canary Islands were presiding over CALRE. “The Conference represents 200 million people who live somewhere where there is a parliament with the capacity to legislate. In the construction of the European project, we are facing an opportunity not to disconnect Europe from citizens. Regional parliaments are the nerve endings of the European project for those 200 million inhabitants ”.