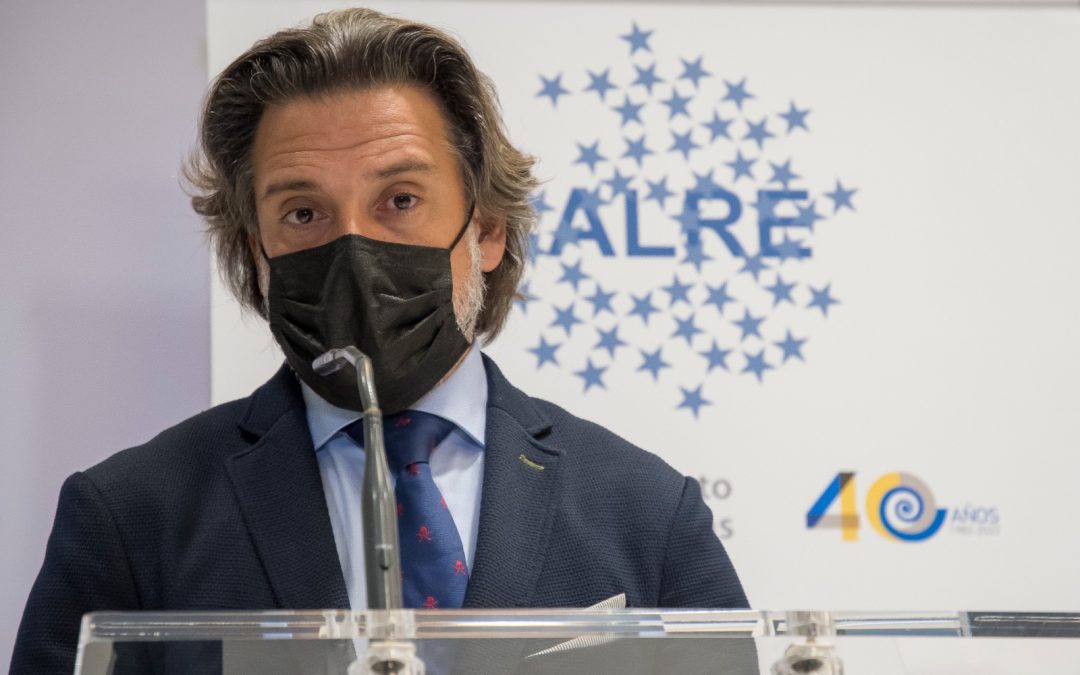 The Parliament of the Canary Islands this year will lead the work of the parliaments and assemblies with legislative capacity of the European Union in the matter of migration policies. This is one of the agreements adopted by the Plenary Assembly of the Conference of Regional Legislative Assemblies of the EU (CALRE) meeting on January 15, where the constitution of the new working groups was approved for this 2021 in which Gustavo Matos has result re-elected president of this body.

In December 2020, Matos appealed to the EU parliaments and assemblies, through the president of the European Committee of the Regions (CoR), Apostolos Tzitzikostas, to warn of the need that in the future EU project to be is currently under debate to introduce as an inescapable element the obligation to face the migratory phenomenon as a common policy.

In this sense, remember that the Canary Islands are a town of emigrants and, also, a host country. He affirms that the archipelago has much to contribute to the European institutions in terms of migration policies, especially at this time when there is an extraordinary increase in the arrival of people by sea from the African continent on an irregular basis.

“When a human being arrives at any EU territory, in this case at the southern border seeking personal safety, health security and fleeing from complicated humanitarian situations, he does so because he wants to reach a point on the Union territory. Therefore, if we want to build a credible European project, the response to the migratory phenomenon must be global and must also serve as an antidote to xenophobic and authoritarian tics that put coexistence at risk, ”says Matos.

It should be remembered that Matos has introduced, in the debate on the demographic challenge, the obligation to work not only on the phenomenon of depopulation suffered by many European regions, but also overpopulation as the other face of a challenge that requires the provision of services egalitarian throughout the EU.

“While in Europe efforts are focused on combating depopulation, in the Canary Islands the exact opposite happens: we are the seventh autonomous community in Spain in number of inhabitants and we are at the forefront in population density, with almost 300 people per square kilometer” , said.

It so happens that the Extremadura Assembly, coordinator of the demographic challenge working group, presides over the Conference of Presidencies of Parliaments and Assemblies of Spain (Coprepa). “It is an honor to work side by side with Blanca Martín to join forces and contribute the different views of CALRE and Coprepa in phenomena as complex as depopulation and overpopulation”, says Gustavo Matos.

With the experience acquired by the Canary Islands during the presidency of CALRE in 2020 and with the collaboration of the rest of the parliaments and assemblies, in 2021 the position of the regions will continue to be communicated to the European institutions. In this sense, the launch of the Conference on the Future of Europe is planned. Likewise, the aim is to continue strengthening cooperation with the EU institutions, mainly with the European Committee of the Regions and with the European Parliament.

It is also committed to increasing joint activities with the main European associations of regional and local authorities on common issues, as well as developing CALRE’s capacity to transfer its positions to the EU institutions, providing the regional component in the decision making.

Other objectives of the work plan for this year are to increase the presence and recognition of CALRE among European organizations and institutions, contribute to the dissemination of the values ​​and principles of the common European project and achieve a prominent participation of CALRE in the Conference on the Future of Europe.

Regarding the calendar, the first Standing Committee is expected to be held in April, the second in July, and the third in November. The Plenary Assembly would take place in November.