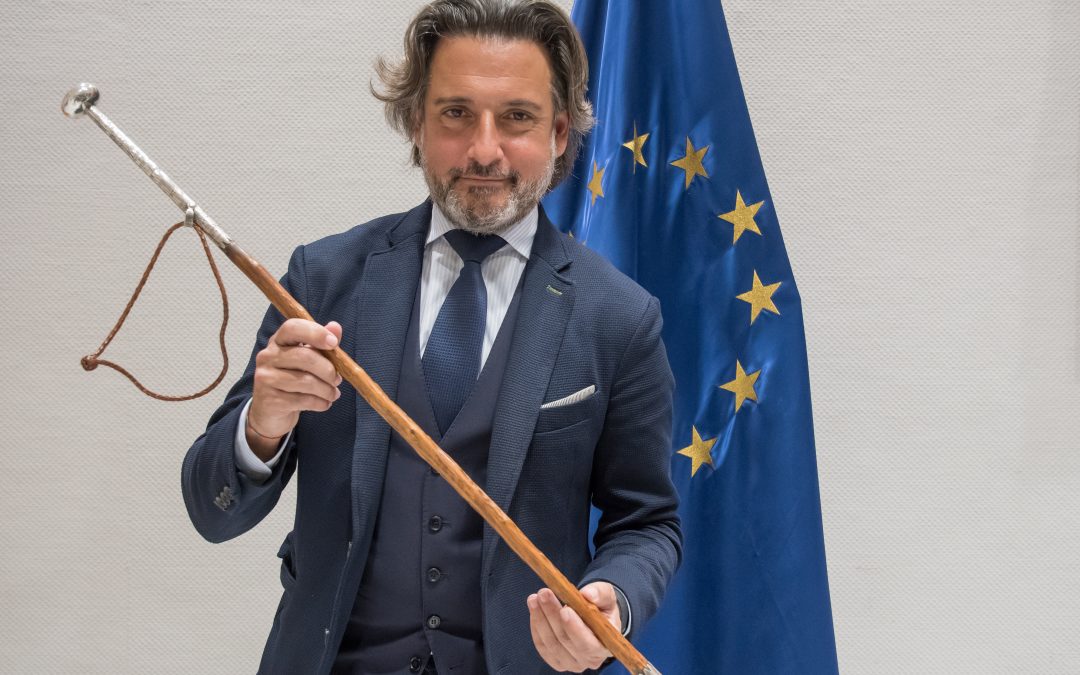 Gustavo Matos was today unanimously re-elected president of the Conference of Regional Legislative Assemblies of the European Union (CALRE). The vote took place in the framework of the Plenary Assembly held in the Parliament of the Canary Islands and developed through videoconference.

This new mandate of Matos will have, at the head of the vice-presidencies, Piero Mauro Zanin, from the Italian region of Friuli Venezia Giulia, and Luis Garcia, from Azores.

Matos expressed his gratitude for the trust and support shown by the presidents of the 30 parliaments and legislative assemblies that have participated from Italy, Austria, Finland, Germany, Belgium, Portugal and Spain. To these are added the 40 representatives of the different delegations of those regionals who have attended through telematic means.

In her speech, the President of the Senate recognized the work of CALRE and the objectives it pursues, “so essential in the historical moments that we live, of promoting and safeguarding European unity. He referred to this conference as a “symbol of that unity that flows from the bottom up” and stressed that regional parliaments and territorial political decentralization “underpin our feeling of belonging to the European community.”

The effort of regional parliaments, he said, “reflects the value of principles such as human dignity, freedom, equality, the rule of law and respect for minorities as foundations of the spirit that forged the European Union from the defense of democracy and peace ”.

The president of the Senate warned of the “latent risks that could end up being systemic in Europe if we do not tackle them in time.” He explained that these risks include “the growth of populism and polarization in our societies, worrisome phenomena against which we cannot lower our guard.”

Pilar Llop stressed that parliaments are “engines of social development that will face challenges with courage from a territorial dimension and with CALRE exercising its leadership in the face of these challenges.”

EUROPE AGAINST THE MIGRATORY PHENOMENON

Regarding the first, he recalled that in 2020 the arrival of 23,600 migrants to the Canary coasts was counted and that in 2021 another 1,000 people have already arrived, “not counting those who have lost their lives at sea pursuing a life better in the European Union ”.

Torres spoke of the “tendency in the European Union to confine immigration to island territories, an approach that seems to focus more on concern about the pull effect than on the serious situation in which citizens are left on the island borders of Europe” . It held that this is “a mistake.”

He indicated that, although the new Migration and Asylum Pact presented by the European Commission tries to provide solutions, “the proposed measures are insufficient, ineffective, slow and not very forceful, since it has not been possible to resolve the necessary responsible and supportive relocation between Member States” . He affirmed that there has been a lack of “commitment” to something that exists “urgent, decisive and effective responses.”

Regarding tourism, he indicated that the economic consequences of the pandemic for the sector are being “devastating” in the Canary Islands. He specified that the number of affiliates in hospitality and agencies has fallen by 13.2 percent in the islands in the last year. “This strong recession has been due, in part, to the lack of coordination of the Member States in the adoption of mobility decisions.”

Ángel Víctor Torres called for “greater involvement of the European Union so that the reactivation of tourism is done with a coordinated approach in mobility and health control systems.” He also considered it necessary to renew the European strategy for the regions.

Finally, the President of the Canary Islands appealed for solidarity, equality and respect for the territorial reality and diversity. “The mission of CALRE as an instrument to deepen democratic and participatory channels within the EU, defend the values and principles of regional democracy, guarantee subsidiarity and strengthen ties between regional legislative assemblies in the framework of respect for their autonomy ”.

LOOK AT THE PRINCIPLES OF THE EUROPEAN PROJECT

Gustavo Matos, in his speech, pointed out that the COVID-19 pandemic “has put the European project to the test at a time when the idea of where it should go is in full debate, but we can say with force that the response has been copy”. He argued that the EU regional assemblies and parliaments have “risen to this serious crisis, adapting and achieving something essential: maintaining the activities and functions, legislative and control, essential in our democratic system.”

Matos highlighted the progress in the idea of collaboration between CALRE and the Committee of the Regions, “to contract common and collaborative mechanisms to consolidate the weight of European regions in decision-making”.

The president indicated that the regional assemblies and parliaments of the EU “represent an enormous opportunity for our citizens to reconnect with the idea and project of Europe that the generation that gave us the witness dreamed of.”

It should be noted that all the participants in the Plenary Assembly this Friday had a special memory for the victims of COVID-19 and their families. The president of the Senate, the president of the Government of the Canary Islands and the president of CALRE also wanted to recognize the work of all the people who have worked and continue to do so on the front line to put a stop to the pandemic.