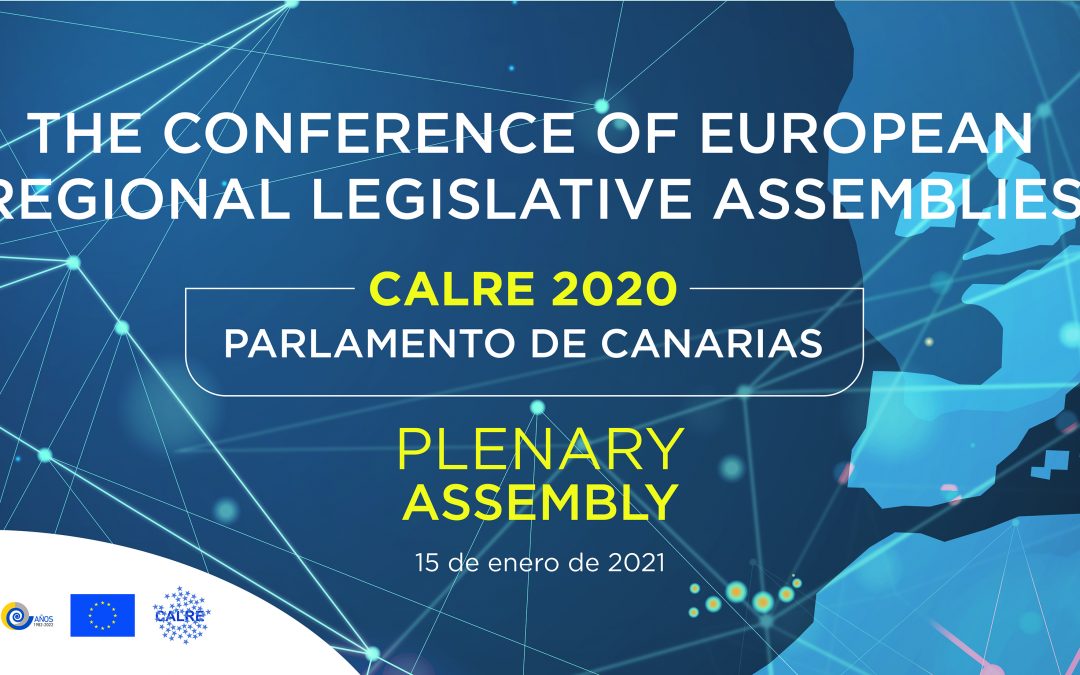 Next week, the Conference of Regional Legislative Assemblies of the European Union (CALRE) holds the first plenary assembly of the mandate chaired by Gustavo Matos. The appointment will take place by videoconference and will take place on Friday, January 15, starting at 11 in the morning. The Permanent Committee has previously been summoned, which will meet at 4:00 p.m. on Thursday the 14th to give its final approval of the working session on Friday.

The welcome to the assembly will be given by Gustavo Matos, in the framework of an opening session in which interventions by institutional representatives from the regional, national and European levels are expected. The activity reports of the working groups will then be presented by their coordinators and the groups and coordinators for 2021 will be voted on. At the end of the assembly, the presidency of CALRE for this year will be debated and voted on.

In October 2019, Gustavo Matos was elected president of this body in which 72 regions from seven member states of the European Union are brought together since 200 million citizens of the EU are represented. In the last twelve years, this body has only been chaired by a Spanish parliament on four occasions, highlighting from this last mandate the special complications derived from the COVID-19 pandemic that affects all regions.

Just a year ago, the first meeting of the permanent committee chaired by Matos was held in the Parliament of the Canary Islands, an appointment that was attended by the then president of the Committee of the Regions, Karl-Heinz Lambertz, the president of the Senate of Spain , Pilar Llop Cuenca, and the presidents of regional parliaments of Germany, Italy, Belgium, Portugal, Austria and Spain.

At that time, the challenges on which the efforts were focused revolved around the need to enhance the role played by regional assemblies and parliaments within the framework of European Union policies, the search for solutions to territorial imbalances, inequality and the demographic challenge and, especially, the importance of addressing challenges in a transversal and comprehensive way to provide common solutions.

As a result, CALRE and the Committee of the Regions began work on a pilot project aimed at giving European regional parliaments a greater capacity to participate in EU decision-making. It would be a formula for joint action so that the opinions and needs of the regions are taken into account from the first moment.

“However, an unusual and exceptional year 2020, where all the forecasts and priorities have had to be reformulated due to the imposition of the COVID-19 pandemic, has only consolidated the idea that we must return to the founding principles of the European Union to give joint responses to a new reality that requires participation, walking hand in hand and, above all, a lot of words, ”says Matos.

Also, the urgency of tackling the migratory phenomenon from a common policy has focused CALRE’s work in 2020. In this sense, Gustavo Matos recently conveyed to the president of the Committee of the Regions, Apostolos Tzitzikostas, the need that in the future project of the EU that is in debate introduces as an “unavoidable element” the obligation to tackle it jointly by the EU.