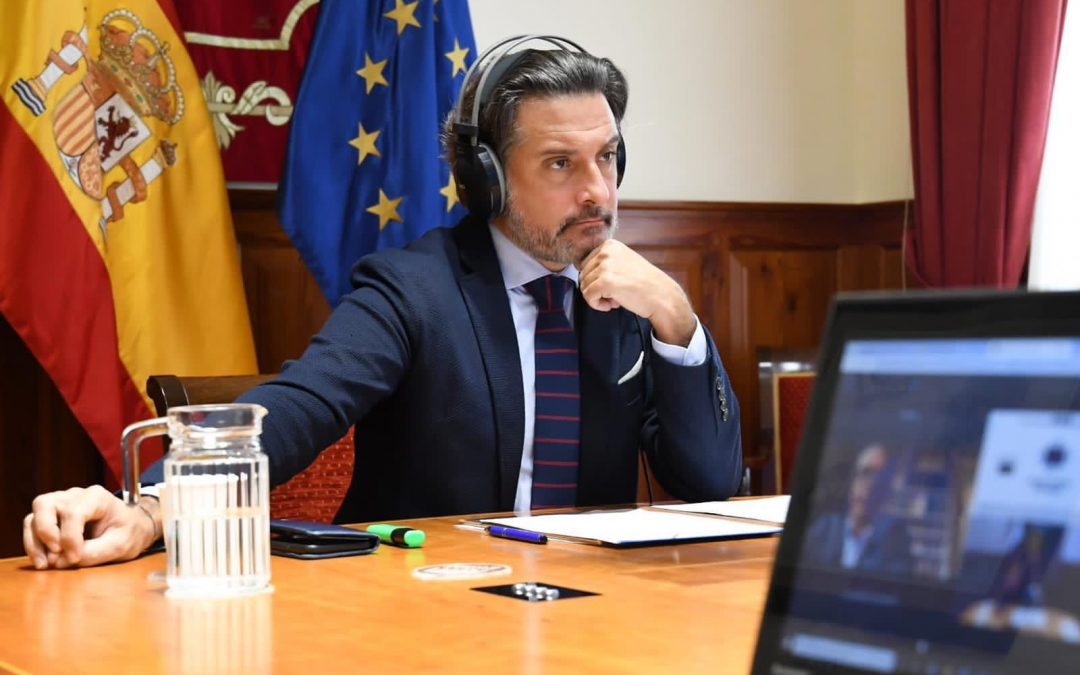 The president of the Conference of Regional Legislative Assemblies of the European Union (CALRE), Gustavo Matos, conveyed this Friday to the president of the European Committee of the Regions (CoR), Apostolos Tzitzikostas, the need for the future EU project to It is currently under debate to introduce as an “unavoidable element” the obligation to face the migratory phenomenon as a common policy.

“When a person reaches any territory of the EU, in this case to the southern border looking for personal safety, health security and fleeing from complicated humanitarian situations, he does so because he wants to reach a point in the territory of the Union,” he said in his speech. during the meeting with Tzitzikostas and the presidents of the European associations of local and regional authorities: Conference of Peripheral Maritime Regions (CPMR), of the Council of Municipalities and Regions of Europe (CEMR), of the Assembly of European Regions (AER), Eurocities, Association of European Border Regions (AEBR) and CALRE.

The president of the Conference of Regional Legislative Assemblies of the European Union (CALRE), Gustavo Matos, conveyed this Friday to the president of the European Committee of the Regions (CoR), Apostolos Tzitzikostas, the need for the future EU project to It is currently under debate to introduce as an “unavoidable element” the obligation to face the migratory phenomenon as a common policy.

“If we want to build a credible European project, where we are clear that our southern border is also part of what it means to build a political, social, economic and cultural space, the response to the migratory phenomenon must be global. Therefore, the solutions, means, international relations and response capacity must be global within this project ”. He also stressed that this joint response for which he advocates also serves as “an antidote and recipe against xenophobic and authoritarian tics that put coexistence at risk.”

Today’s meeting was structured in several blocks by content, in addition to the migratory block: the COVID pandemic and the EU for health; EU recovery plans and the need to guarantee adequate resources to local and regional communities; the ‘European House of Democracy’ and the Conference on the Future of Europe; cooperation between the CoR and European associations of local and regional authorities.

During the day, work was done on drafting a joint political statement between the CoR and the different organizations on the serious health and socioeconomic consequences of the pandemic. In the document they express their concern over the fact that while the demand for basic services increases, the available resources decrease. However, they underline their commitment to the citizens of the regions they represent and advocate for a collective effort from each level of governance.

The representatives of the different organizations have agreed to support the European Commission in its aspiration to increase the role of the EU in the field of health policy. In this sense, they demand a specific role for regional health services. They also highlight the importance of ensuring the maintenance of the single market, which continues to operate in crisis situations, defending and promoting cross-border cooperation between Member States, regions and cities, which are proving crucial to address the health emergency.

Regarding the need to drive recovery and ensure sufficient resources for local communities, all organizations welcome the final compromise agreed between the European Parliament and the Council of the European Union for the next Multiannual Financial Framework (MFF) and the Instrument for the European Recovery (Next Generation EU), which should support regional and local authorities in their efforts to build a stronger, more sustainable, cohesive and resilient EU. “Only if our regions, cities and villages recover, our Member States and the EU will recover,” they emphasize.

In the declaration they demand that the EU budget reflect Europe’s need and aspirations to facilitate similar living conditions in all territories. “Cohesion is our primary value and it must become the compass for all EU policies to ensure that no one from anywhere is abandoned.”

They also support that the EU articulate tools for the protection of democracy, the rule of law and fundamental rights in each member state, region and municipality, ensuring the application of sanctions in case of non-compliance.

“We remind the governments and national parliaments of all member states that the recovery and resilience of the entire EU and its citizenship is at stake, so member states cannot delay in approving the Recovery Plan for Europe and the Recovery Fund ”.

Finally, it is committed to moving towards a three-dimensional model of Europe where all levels of government – European, national, regional and local – work together to ensure that decisions are close to the needs of citizens and thus be able to respond to their needs. demands.