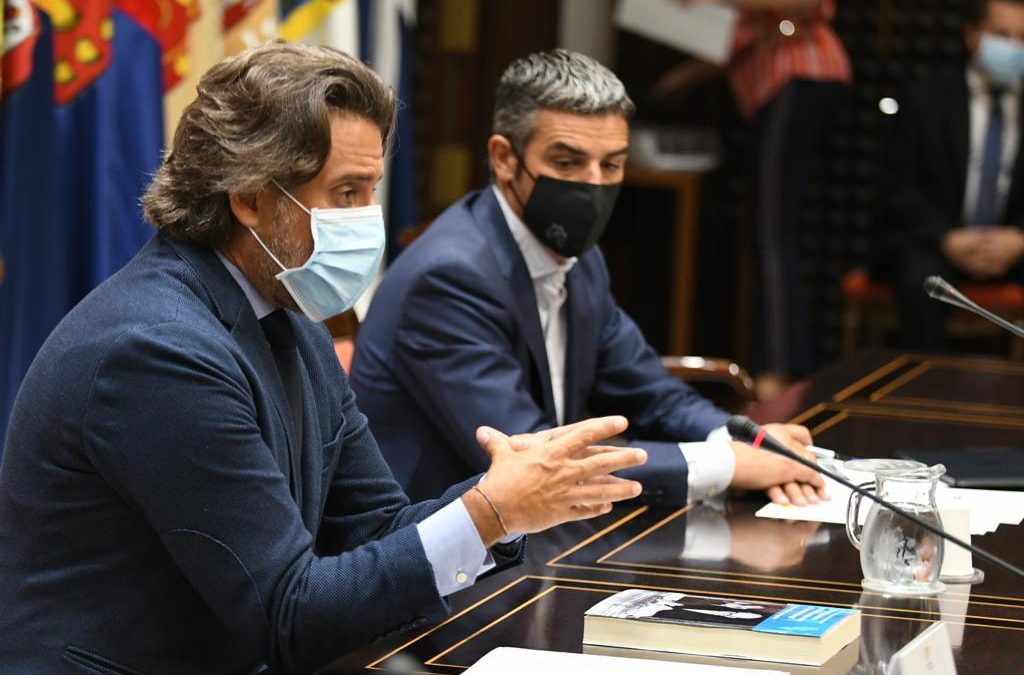 The president of the Parliament of the Canary Islands and of the Conference of Regional Legislative Assemblies of the European Union (CALRE), Gustavo Matos, defended today that the regions “have to play a decisive role in connection between the European project and citizens in the face of the great difficulty that represents the disconnection that exists ”.

In the opening session, Matos gave as an example of this “disconnection” the high level of abstention in the European elections, “where almost half of the citizens do not participate”, for which he insisted on the fundamental role that the regions faced with this problem. “Many of the decisions that the EU adopts are transferred by the regional parliaments to the citizens and it is these that end up legislating on these issues,” he recalled.

The president said that Europe, despite many difficulties, continues to be “a beacon for the rest of the world.” “These days we are experiencing a wave of migration, human beings who come to Europe seeking physical, personal, legal and health security, a place where they can achieve their wishes. They continue to risk their lives and embark because they see that Europe represents that dream, despite the difficult situation ”.

He explained that to the current crisis as a consequence of the COVID-19 pandemic, Europe “is responding, giving signals with a recipe that has nothing to do with the responses it gave to the economic and financial crisis a decade ago which ended in a social and institutional crisis”. He stressed that at that time, the recipes were wrong and this affected the credibility of the European institutions, the idea of ​​Europe and the European project. “Those solutions were the origin of some situations we have experienced, dramatic episodes such as Brexit.” However, he continued, “now the recipe is now more Europe and better Europe.”

Matos recalled that the Parliament of the Canary Islands, since the presidency of CALRE 2020, “can speak first-hand about how the commitment to the European project has evolved in recent months. “We are in permanent contact with the other regional parliaments, some of the places where the pandemic has affected strongly, and we agree that today the greater presence of the regions for the construction of the project is an absolute necessity, because the future of the EU will be with the regions or it won’t be ”.

THE FUTURE OF EUROPE

Today’s meeting has been structured around two round tables: ‘Institutional perspective of the need for a strong regional policy and guarantees in the Conference on the Future of Europe’, moderated by the secretary of the Canary Council of the European Movement and director of EU-Ulpgc relations, Lucas Andrés Pérez, and ‘Socio-economic perspective of the strengthening of the connectivity policy of the Canary Islands’, moderated by the director of the European Documentation Center of the ULL, Ruth Martinón.

The director of the European Commission Representation in Spain, Francisco Fonseca, the vice-president of the Tenerife Hoteliers Association, Victoria López, the director of the Chair of Economy and Mobility of the ULL, Rosa Marina González, also participated. the coordinator of the Mentoring School of Ambassador Schools of the European Parliament, María del Carmen Herrera, and the vice president of European Youth of the Canary Islands, Elena Pons.

Aldecoa thanked the Chamber for hosting this meeting, defended the need to give the European project and the current situation that generates the projection they deserve and advocated maintaining “permanent collaboration” with the Canarian Parliament and CALRE. “Let’s keep sharing,” he said.

For his part, Narvay Quintero affirmed that a more social, more supportive and just Europe must be made from its towns, its cities, its regions ”. In this sense, he appreciated the “great opportunity” that the CALRE presidency represents for Europe to understand the Canary Islands. “Let’s demonstrate in Europe the virtues that the Canary Islands have.”