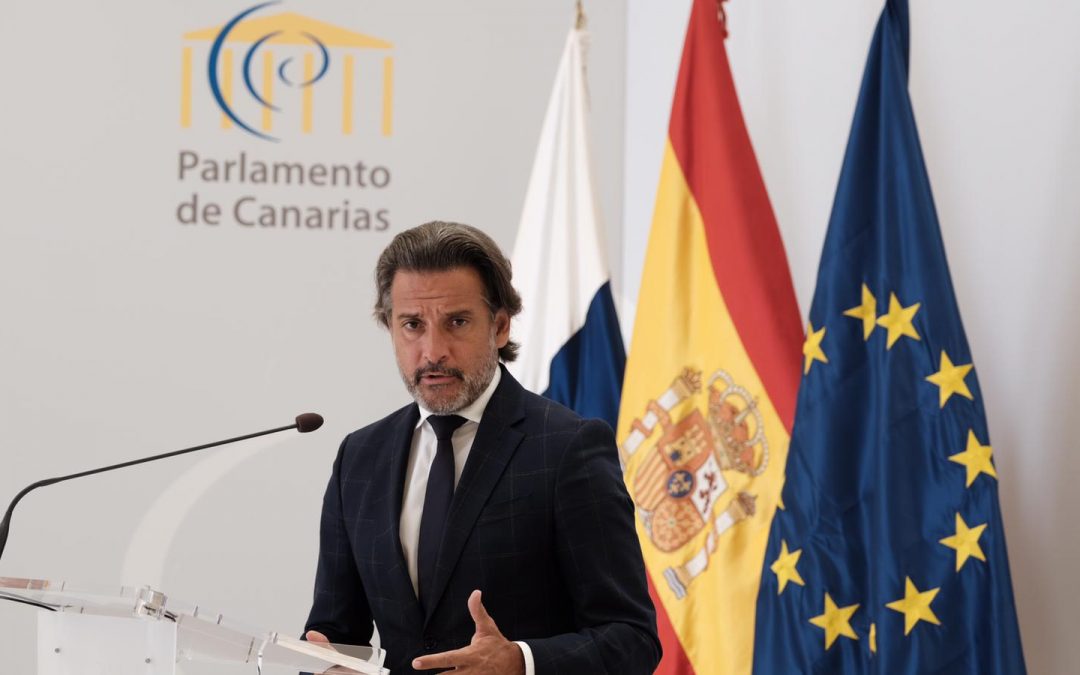 Gustavo Matos appreciates that the interests of citizens and the European project have prevailed over the interests of each country. “In this historic agreement, solidarity has been put ahead”, he highlights.

The President of the Canary Islands Parliament and of the Conference of European Regional Legislative Assemblies (CALRE), Gustavo Matos, defended this Tuesday the “prominent role” that the regions must play in the distribution of amounts derived from the “historic” European Agreement for Recovery Economic, approved today by the European Council.

“Since the CALRE presidency, we have been very aware of the negotiations. In these months we have maintained permanent contacts with regions that have suffered the health crisis with particular virulence. Our efforts will now focus on ensuring that this distribution translates into direct aid to citizens, to the business and economic fabric, and who better than the regions to do”, so he said at a press conference held in the Canarian Chamber.

As he recalled, the Recovery Fund or Next Generation EU Fund is different from any previous agreement: steps are taken towards a possible fiscal union, it will be financed by a joint debt issuance by the European Commission, it adds to a community budget 2021-2027 of 1.074 trillion euros and, on the other hand, represents a change in the EU’s strategy compared to previous crises, when the decisions went through maximum austerity. Spain will obtain some 140,000 million euros, 72,700 million in transfers, in order to face the recovery.

“The interests of citizens and the European project have prevailed over the interests of each country. In this agreement, almost the most important since the founding of the European project, solidarity has been put ahead”, said Matos, who recalled that this agreement has been reached “after passing delicate moments in recent times and navigating with some uncertainty”, using Brexit as an example.

Gustavo Matos emphasized that the agreement is “good news for Europe, for Spain and, without a doubt, for the Canary Islands; also for the European project and for the regions”. At this point, he indicated that he contemplates demands from the outermost regions such as maintaining 85 percent co-financing and adding an extra 70 million for the Canary Islands this year, as well as 174 million more in structural funds, among other issues. It also goes from 30 to 40 euros per inhabitant in FEDER funds and the RUP fund goes from 1,400 million euros in the 2014-2020 period to 1,980 million until 2027.

The President wanted to acknowledge the magnificent work done by the Spanish delegation and its important role in this negotiation. “We are facing a success for our country, so we can only be proud of such a complicated agreement”. Gustavo Matos finished his informative appearance highlighting the “message of optimism to the citizenship” that this agreement represents. “The end of the crisis is a little closer today and in a fairer way than in other crises of the past”, he said.