The President of the Parliament, Carolina Darias San Sebastián participates together with the mayor of Las Palmas de Gran Canaria, Augusto Hidalgo, in a working day on Sustainable Development Goals (SDG).

The President of the Parliament of the Canary Islands, Carolina Darias, highlighted during the celebration of the IX Workshop on SDGs, the importance of the role of cities to achieve the success of the 2030 Agenda of the United Nations. During the ceremony, which took place in the Castillo de Mata Museum in Las Palmas de Gran Canaria and in which the mayor of the city, Augusto Hidalgo, also participated, Darias affirmed that the urban centers play a “key role” in the implementation of the SDGs and reiterated her call for the participation of countries and regions in this process.

“Cities have always been a symbol of wellbeing, progress and advancement, but it is also where there are bigger problems and where we have to act: what happens in cities will depend on the success of the 2030 Agenda,” said the president of the camera, who also highlighted the fact that the urban centers “increasingly are more inhabited, more than half of the population of the planet lives in cities and the forecast is that this figure will increase considerably”.

Darias recalled that the Parliament of the Canary Islands is the only one that is carrying out a project “of this magnitude”, to the point that, is has drawn the attention of the UN, through the United Nation Development Programme, “to count on us in the development of a guide to promote the localization of the SDGs “.
Not surprisingly, this meeting is part of the round of contacts of the Parliament of the Canary Islands around of all the islands with the third sector and public administrations for the development of a Canarian strategy of sustainable development, based on the localization in the canarian regions of the 17 objectives of the UN, which have a planetary nature. 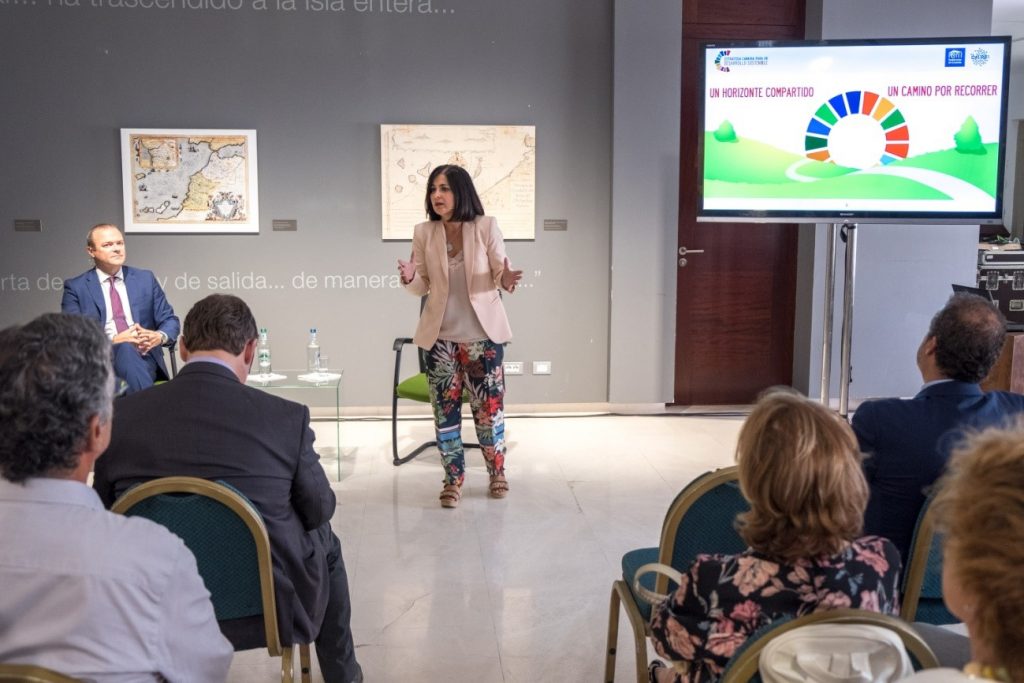