The project “Small Citizens on the Island” was an initiative of the Pre-School Department of Escola Básica e Integrada (EBI) da Horta (group of Horta’s elementary schools), and its main objective was education for citizenship and training responsible, independent and supportive children through activities specially created for this purpose.

This initiative, which took place during the school year of 2017/2018, had as partners the Legislative Assembly of the Autonomous Region of the Azores (ALRAA), as the first political body of the Azores, and the Horta City Council, as the local executive body.

Between 11 January and 29 May, the Azorean Parliament hosted at its headquarters around 320 children, aged between 3 and 5 years, coming from the 10 public schools that make up the EBI of Horta and the nursery school “O Castelinho”.

During the visit, the children had the opportunity to learn about the functioning of the Legislative Assembly and to get in touch with concepts such as autonomy and democracy.

The exhibition of the students’ works was displayed in the Atrium of the Azorean Parliament and could be visited by the public at large. 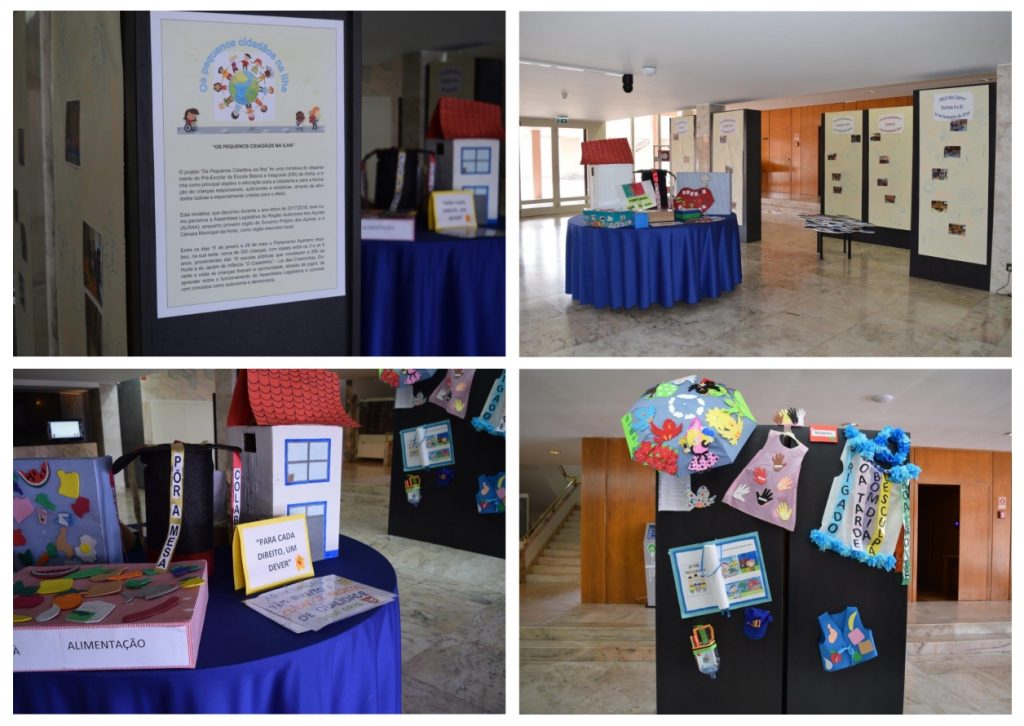