The delegation of the Parliament of Andalusia displaced to Lesbos received with joy the declaration of innocents of the three Sevillian firefighters, Manuel Blanco, José Enrique Rodríguez and Julio Latorre, indicted on the Greek island of Lesbos, who were tried on May 7 by an alleged crime of trafficking in persons in the degree of attempt. After a long day in the courts of Mytilene, the judge declared innocent the three Sevillian firefighters, as well as the two Danish volunteers with whom they worked when they were stopped by the coastguards.

“It has ended a nightmare that lasted two years, of suffering for them three and their families and loved ones,” said after hearing the verdict Veronica Perez, First Secretary of the Bureau of the Parliament, “we want to convey to Andalusians the happiness that justice has been done.” The Third Secretary, Julio Díaz, recalled that “they came here to save lives and nothing else, that is why we believe that our support was important”. Meanwhile the deputy Carmen Cespedes also wanted to emphasize that “it is important the support of the Parliament of Andalusia, we are here representing all the Andalusians.” Deputy David Moscoso highlighted the work of NGO Proemaid and stated that “harassing, persecuting and even criminalizing these non-governmental organizations can not be the solution to the humanitarian crisis.”

The three Sevillian firefighters and those responsible for their organization thanked the support and presence of the Parliament and the rest of the institutions. At the trial were also present the deputies, the Minister of Justice of the Junta de Andalucía, the Consul of Spain in Athens and a councilor of the City of Seville. 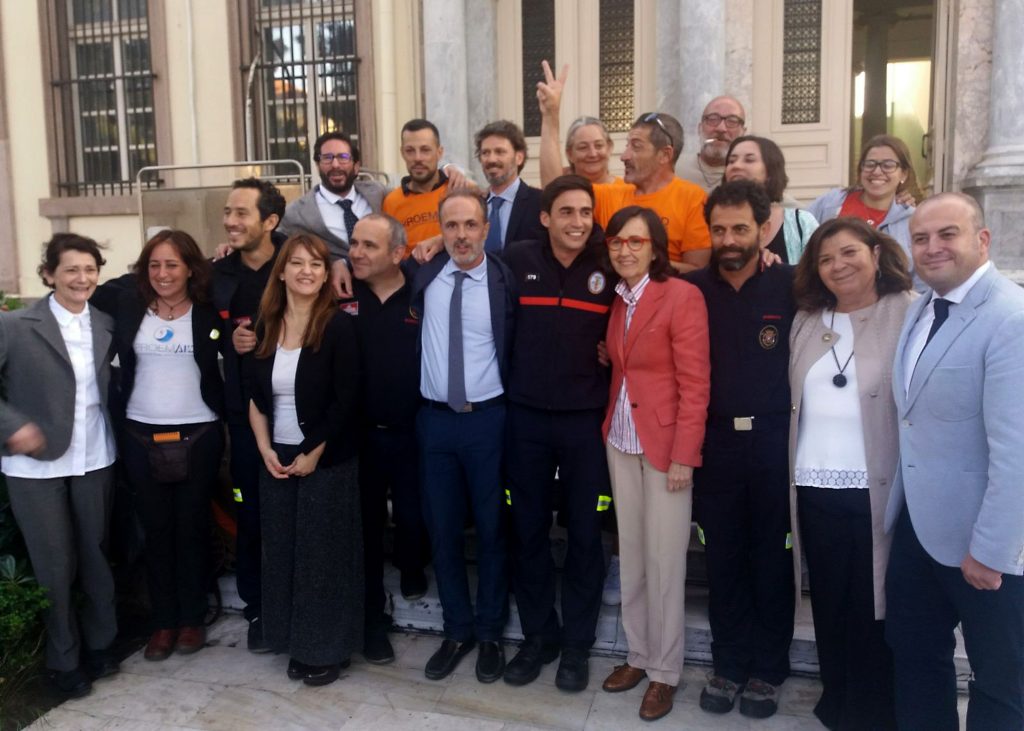